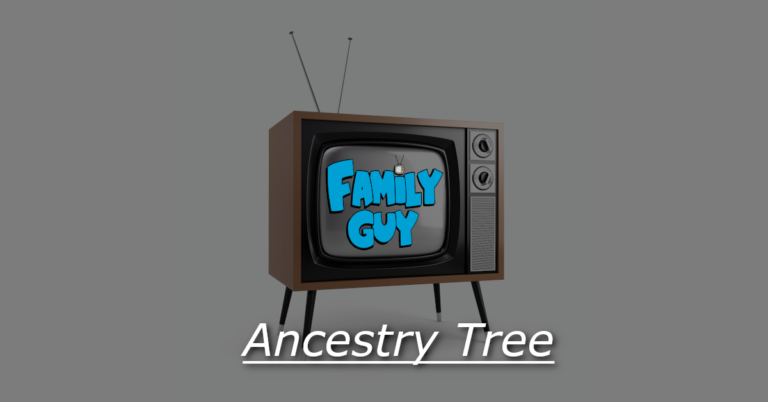 Family Guy is a popular American situation comedy (sitcom) created by Seth MacFarlane. The main role in the series are the Griffin family characters. The chart created by the OriginTries app depicts the relationships between Griffin’s relatives.

Тhe animation “Family Guy” is broadcast by FOX Broadcasting group. With its rich history of about 350 episodes, the humorous series has won numerous awards and a wide audience. The main character in the animation is the Griffin family. Along with the family, the TV show features recurring characters that contribute to the fun.

Relationships in the Griffin family

The graph below depicts the genealogies of the Griffin family.

You can create your own charts like this one using the free Family Tree Builder App!

Peter Griffin is the breadwinner of the Griffin family. He is married for Lois and they both have three children: Stewie, Chris and Meg. Their dog’s name is Brian and he and Peter are best friends. The whole family lives in the fictional town Quahog – Rhode Island.

Peter works in the shipping department of the Pawtucket Patriot brewery. However, he also appeared in other jobs during the series.

Lois Griffin is Peter’s wife and works mainly as a housewife and piano teacher.

Stewie is the youngest member of the Griffin family. The boy is one years old and is way beyond his years. He acts like an adult person and has advanced vocabulary.

Chris is the middle child in the house and similar to Meg is a typical adolescent boy. The boy is easygoing and has a good nature.

Meg is the eldest child in the family and is at a similar age as Chris. Usually Meg takes a central role in Chris’ jokes because of her unpopularity and appearance.

The voices behind the characters

Below is the list of people whose voice is behind the cartoon characters.