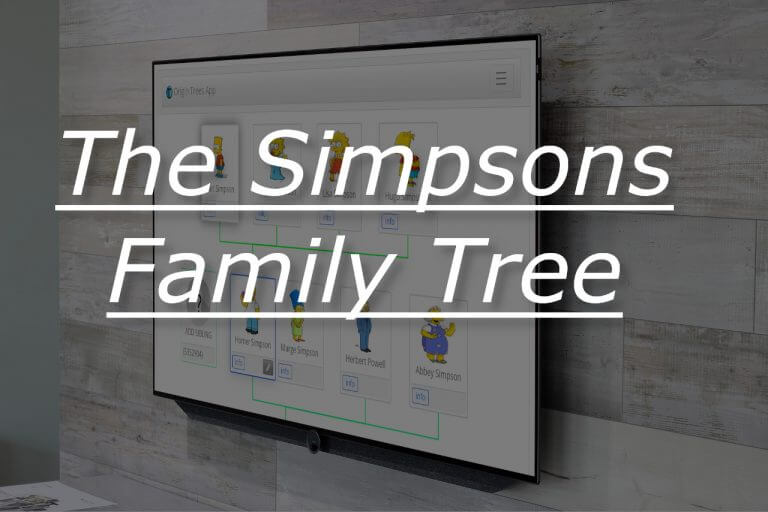 The Simpsons family tree is based on the famous cartoon series created by Matt Groening. The family lives in the fictional town of Springfield, USA. The Simpson family has complex relationships with each other and with other families.

The Simpsons series has a long and rich history, becoming a hit in the 90’s and continues to this day. The animation is one of the most famous Fox series, which brings a high rating among viewers and a lot of success.

Тhe graphic shows the intricate family relationships between the cartoon characters in the movie.

You can create your own family charts like Simpson’s using the free Family Tree Builder App!

The Simpsons are a fictional American family living in a town called Springfield. The animation is a situation comedy that serves as a parody of the typical American way of life.

The main characters in the film are Homer and Marge along with their children Bart, Maggie, Lisa and Hugo. The family has a complicated relationship with other people in the movie, which we present as a nice chart here.

Homer Simpson is the head of the family and works as safety inspector at the Springfield Nuclear Power Plant. His wife, is Marge Bouvier, a typical American mother and housewife.

During the episodes, the Simpsons family tree expands more and more and its members find themselves in various comedic situations.

The Voices behind the Simpsons

The table below shows some of the main voices behind the characters in the animation.